Organisers of Cork Rebel Week have teamed up with some big names from the Cork music scene to announce details of Rebel Yell, a series of gigs and concerts, which will take place around the city and county from October 14th to 20th, celebrating the best of Cork music, past and present, forming an integral part of Irelandâ€™s biggest Gathering event.

The Rebel Yell team now want the people of Cork to start yelling as loudly as possible for their favourite Cork bands and the music nights that they would love to see throughout the city and county during Cork Rebel Week, and to help make it a reality.

The Rebel Yell team are asking venues to join in and host this huge â€˜Corkâ€™ music week with reunions, new bands, and favourite club nights from the past. How about a comeback from the Sultans of Ping, Hot Guitars on a Monday night, Joe Mac, or even Greg and Shane bringing back "Sweat" for one night onlyâ€¦ your imagination is the limit!

Some of the venues already signed up include The White Horse in Ballincollig, The Pavilion in Cork City and De Barras in Clonakilty.

Joe Carey, owner of The White Horse, who instigated the Rebel Yell concept says "When I first heard about Cork Rebel Week I knew music should be a part of it so I contacted the organisers who embraced the Rebel Yell idea immediately. After a few phone calls, a few other venues decided to come on board. The music followers at the White Horse suggested they wanted to see the Lee Valley String Band that week, so we have that on Friday 18th Upstairs @ The White Horse. We also wanted to showcase 'Break for the Burbs' with John Blek and the Rats, so that's lined up for Thursday 17th, with special guest Joe O'Leary a.k.a Fred. My own band Jodavino might even be persuaded to make a comeback!"

Cork DJ and owner of the Pavilion music venue, Stevie G who is renowned for playing such a huge role in encouraging young Cork talent says "We have to celebrate Cork music during Cork Rebel Week. We are now asking our customers what Cork bands and DJs they would love to see â€“ and it's my job to try my best to make it happen! We might even convince some of our old favourites to come back for 'one night only'"

Stevie G continued "The hope is that we will have a week jam-packed with the very best of Cork music in venues all over the city and county, making a great week even better."

There really will be something for all music tastes to enjoy during Rebel Yell. For example, on Saturday 19th October, The Lee Sessions are lending themselves to Rebel Yell, with an extensive series of traditional Irish music sessions in Cork city centre pubs, featuring masters of traditional music.

The public are invited to 'yell' for their favourite music venues and the Cork bands and DJs they would love to see during Rebel Yell on Cork Rebel Weekâ€™s facebook and twitter pages, while interested bands and venues can register at www.corkrebelweek2013.com/rebel-yell.

Rebel Yell is open to all venues and details of the confirmed gigs for October 14th â€“ 20th, and more information on Cork Rebel Week are available on www.corkrebelweek2013.com. 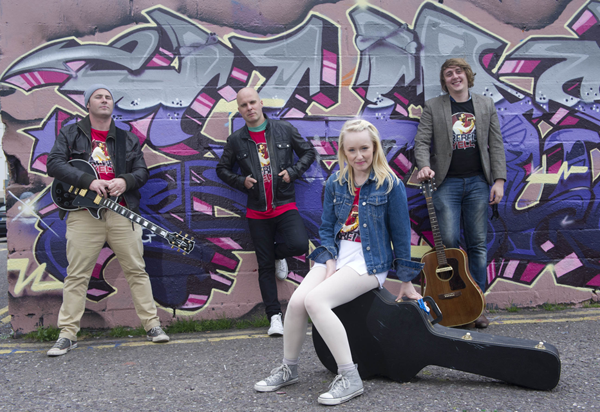